We choose the watch made by the eta7753 movement! The eta7753 is a modified version of the eta7750. The eta7750 small seconds are at 6, 9, and 12 o’clock, and the 7753 is at 3, 6, and 9 o’clock. There are many eta7750 movements commonly found in the market, and relatively few eta7753 movements. To get the movement, you need to order from Switzerland, and the order cycle takes 3 months. When I got the movement and saw the real thing, it turned out to be a polished model. The lower splint was polished with the fish scale pattern, the upper splint was polished with the Geneva pattern, and the timing component was polished as a whole.

As one of the eta five tigers, the eta7750 chronograph movement is not unfamiliar to everyone. There are different opinions on this movement in the player circle. The movement is not as reliable as those chronograph movements that use a column wheel. Maybe it can be said that the column wheel has a low failure rate as a switch button that rotates in one direction, but the heart-shaped wheel on the 7750 is not completely undesirable. 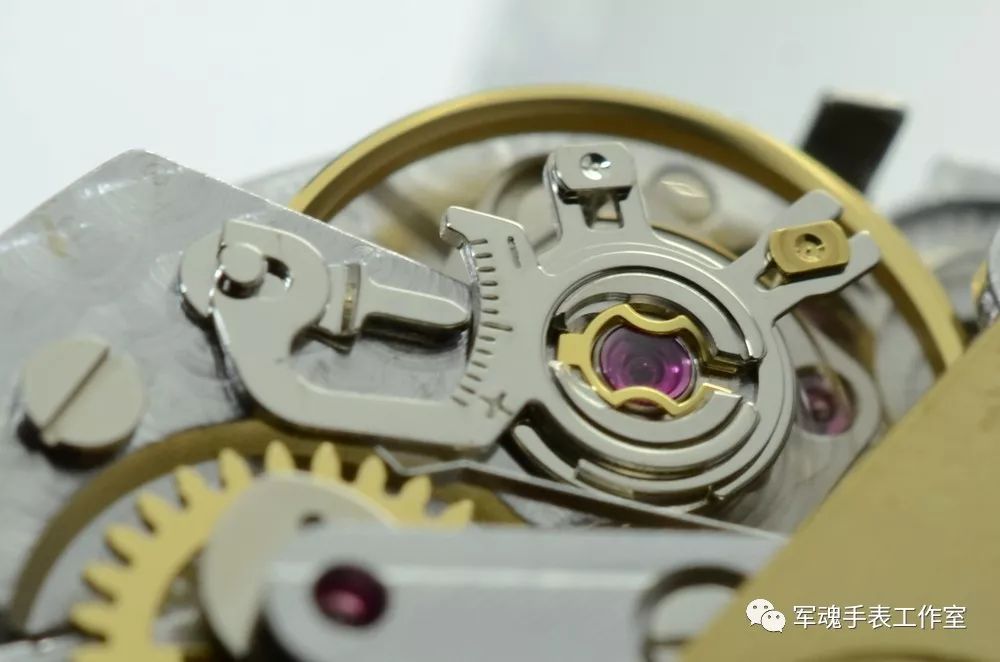 The characteristic of the heart-shaped wheel is that the shape of the part itself is relatively complex, but it is relatively simple to use. The push rod will push in different directions because it touches the corresponding position on the heart-shaped wheel. The parts that move in both directions need to be specially polished. It is fine to be delicate. Fortunately, it can be seen from this movement that the polishing of this key part is still good. As a whole, it can be seen that the edges and corners have been very rounded, and the parts that are in contact with the heart wheel are also processed. In order to achieve a smoother and rounder polishing, the polishing here is a functional polishing, all for the smooth operation. 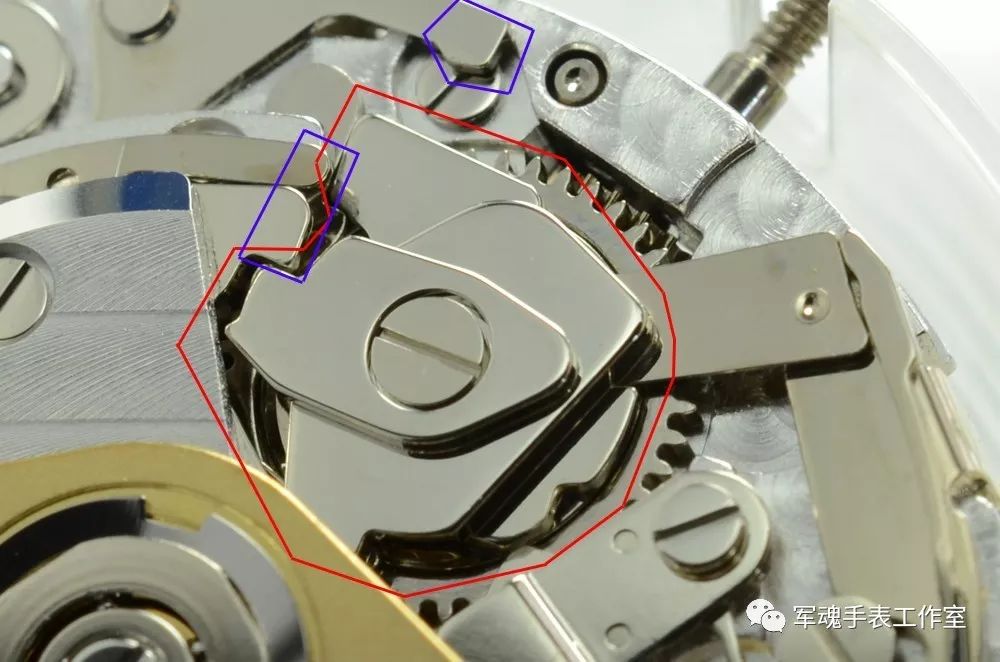 The close-up of the push rod, as the button for timing start and pause, the rotation in both directions relies on a spring to return to its original position. This is only necessary for the elasticity and toughness of the spring. You can also see in the picture that this is compared with spring steel. Solid, the limit screw below is also polished very flat. 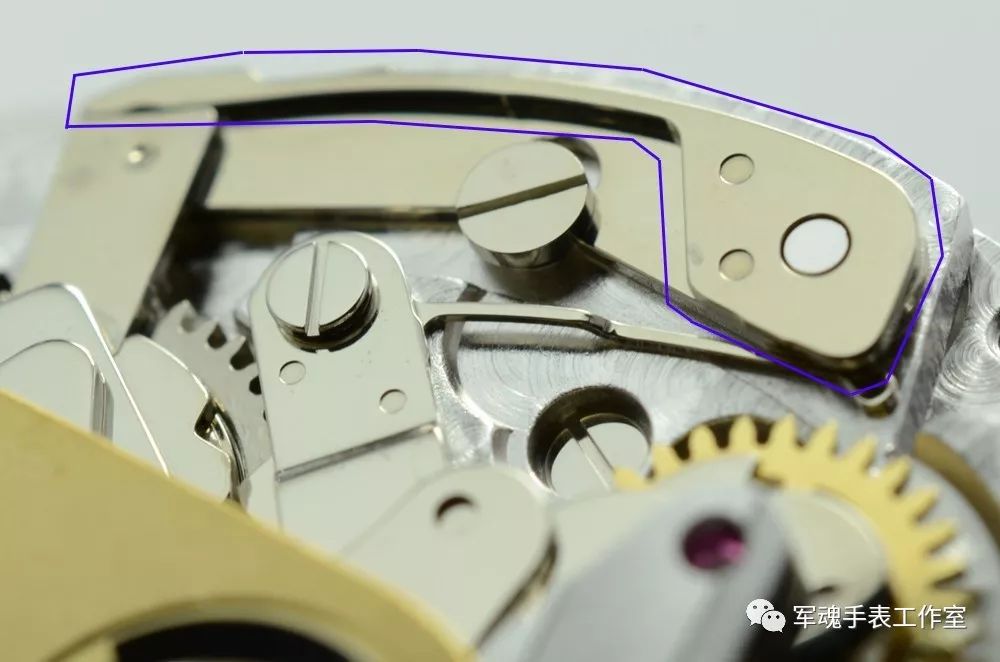 Remove the automatic rotor and take more pictures of the movable rod. Except for the half covered under the conical splint, basically the movable rod on the entire timing assembly can be seen clearly, and the smooth and clean surface is also the smooth operation of the movable assembly. It can be said that the internal details of this watch did not disappoint me. It is full of practical polishing, which looks much more comfortable than decorative polishing. 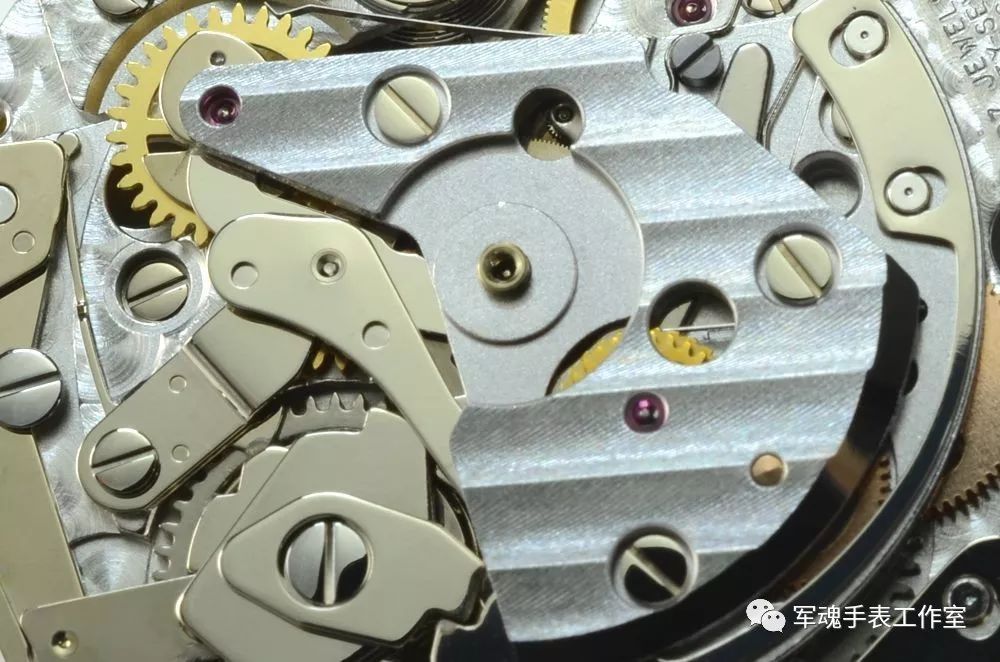 Let’s take a look at the picture in the upper part. In fact, I want to take a picture of the gear gap, but unfortunately I can’t focus all the time. The smoothness measured inside the tooth gap from the side is also good. This place is the friction surface between the gear and the gear. Where it is actually used, it looks like it can be done in kind.

The hairspring is the most important part of the watch. The hairspring used in the 7750 seems to have another mystery. I didn't carefully observe it before ordering the movement and found this small detail. The end of the hairspring is connected to the pile. That part is golden, I don't know the specific function, but most of the changes I want to make on the hairspring are related to the accuracy of travel time.

The macro pictures show that the workmanship is still relatively meticulous. 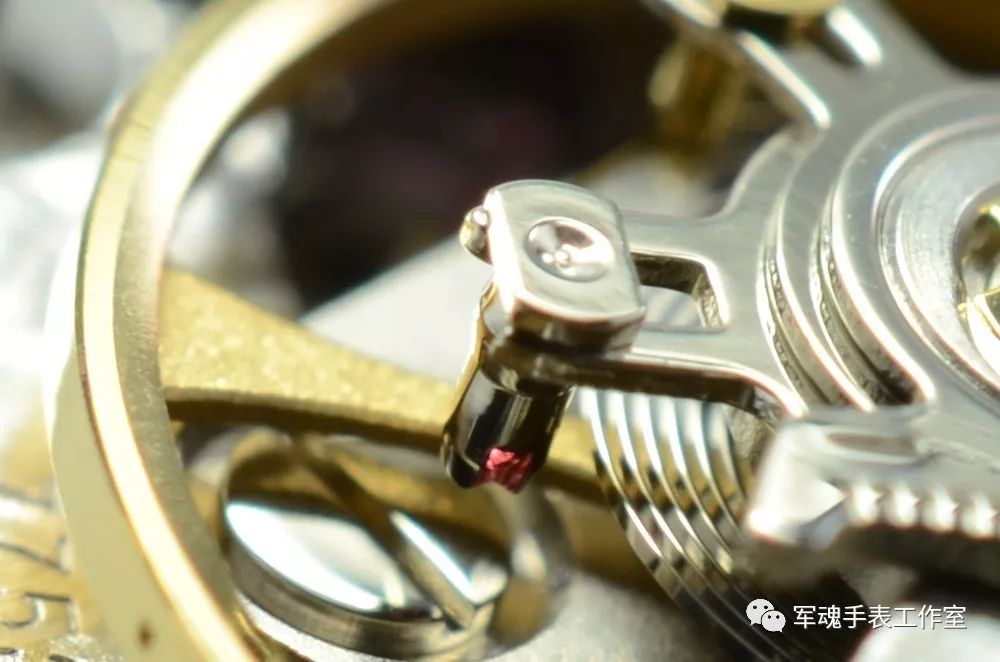 The wheel on the far left is the chronograph minute wheel. Watchers who have played chronograph know that the chronograph minute hand beats one grid per minute, rather than moving at a constant speed. In this way, a limit spring is required to be stuck on it, waiting for the single needle wheel that sweeps over at the end of every minute to move it by one click, and the limit spring must always be stuck on the chronograph minute wheel to prevent it from slipping and the chronograph minute hand appears. The phenomenon of random jumping, so the quality test of the spring is still relatively large. Many veterans don't want to read more about this spring, because the springs used in high-end chronograph movements, such as those used in Lamania, are cut from a single piece of spring steel. But after all, the price difference between the two is huge, and the spring used by ETA is not comparable to the domestic Shanghai 7750 movement. Its durability and toughness are much stronger, so there is no need to worry too much. After all, the movement can withstand the test of time. won't perform too badly. 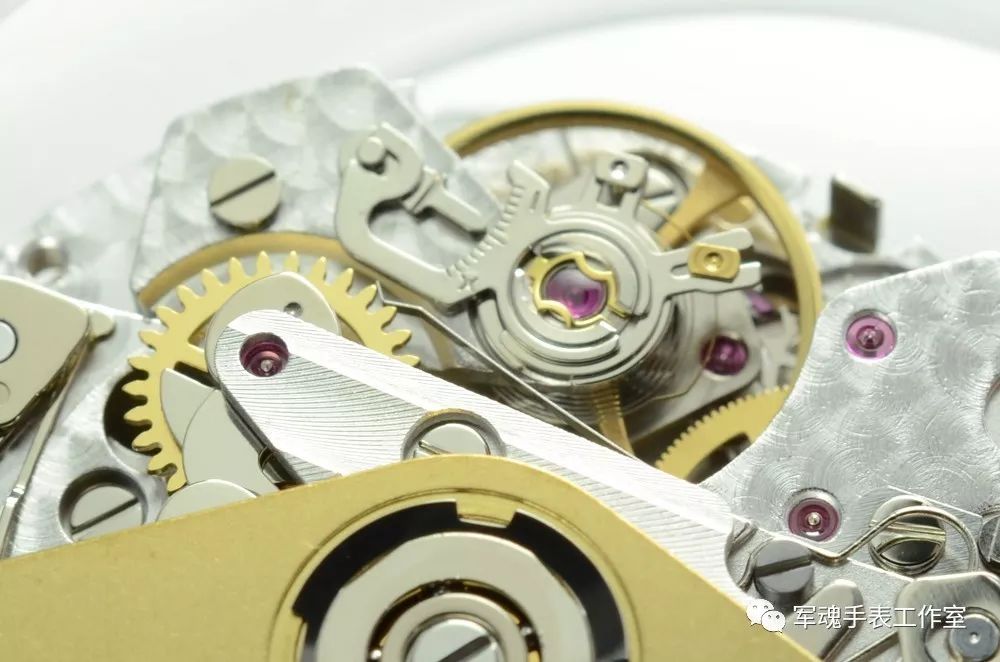 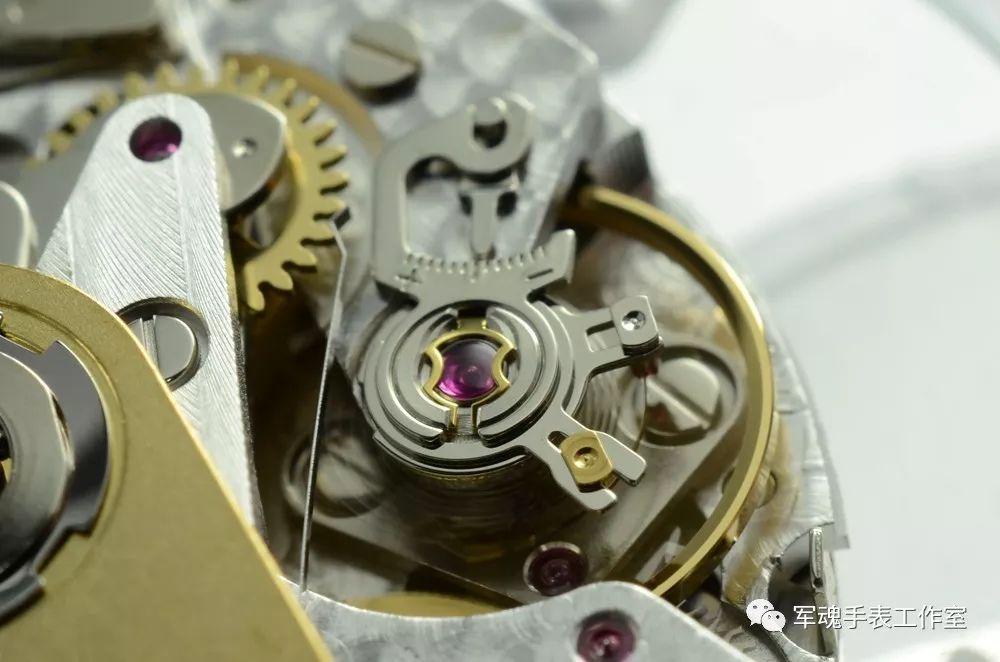 In general, this is a classic and durable chronograph with excellent quality. The domestic Shanghai 7750 movement is an imitation of this movement, but the workmanship is very different, so it cannot be compared with the original in use. Due to the quality requirements, the movement I used in the bronze chronograph this time is the lower three-pin version of the 7750 movement, the ETA7753 movement. The picture in the sticker is the picture and details of this movement, not the rough movement. It is a hardcover version that has been carefully processed. In terms of workmanship, it can be said that it will not be worse than the 7753 movement version used by Longines. This is also the most expensive movement I have used so far, and strive to take a step on the road of quality. Improve yourself one step at a time.